Traveling while black: Germany and France

So in part three of my travel and race series I combine Germany and France. I visited these countries during my study abroad in England in the early 2000s. One thing I have noted in my travels is that  some people in other countries are surprised that you, as a person of color, can vacation internationally. This sentiment is changing, however, during that time in Europe I encountered many a person  who could not fathom that I was American.

Now this was after 9/11 and there was a lot of anti-Bush sentiment from all groups so I didn’t go shouting it from the roof tops that I was a US citizen. But I swear, people would guess that I was everything but. I got that I was first English, then from a country in Africa (forgot which one), Canadian, Jamaican.

This view is changing slowly but surely now (check out instagram travelnoire for proof) as more and more black people in this country are traveling overseas far and wide. But apparently in the early 2000s this wasn’t so? I once again blame the media as I suppose a lot of our television exports of black people were not just Girlfriends and Oprah (I’m looking at you The Wire) so perhaps others simply thought we were too poor to travel? I’d even hear from other black travelers that they’d get mistaken for famous because apparently this is the only way we’d be on travel?

Let me not get onto my soapbox about the importance of experiencing different cultures if you are lucky enough to be in a position to do this. But, just travel, it’ll change your life. Okay so a quick take on Germany and France from the eyes of a person of color.

First Paris, France. I was only here for about 4 days. I did not feel uncomfortable here at all. It’s diverse (it attracts a lot of french speaking African people and, therefore, there were places catering to black hair and beauty which is something I’m always kinda sorta checking for when I travel).  This is not surprising as the history of France, although rooted in slavery as well, became more open decades before the U.S. did (it’s why Josephine Baker move there, I think, but there were many more black artist who became expats because of the tolerance of the French).  If anything, the main thing I noticed about the French was that they just wanted you to respect their culture and language. They had no problem ignoring you if you asked for directions in English but if you asked for help in some butchered French they were very accommodating and would speak English back to help. I guess it was the effort that counts and we didn’t want to be seen as “the ugly American” anyway. Especially not at that time when Americans were such targets. Paris, in the end, is a lovely place and I’d recommend it.

On to Germany. I was here for almost a week in Heidelberg and Frankfurt. I must admit, I was nervous to come here. I mean, with a history of the Holocaust and Neo-Nazis I didn’t think a brown girl with the last name Solomon was going to be welcomed. In the airport military/police walked around with rifles which was a first for me so I was even more unnerved. Of course I got “randomly” questioned along with my friend but I wasn’t surprised. But, as with many things, time changes attitudes. Of course I’ve heard current stories of black people facing racism and even assult in Germany. However, for the 4 or 5 days I was there, I felt no racism. I felt stares, lots of them. There are some people of color in Germany but its not a melting pot, at least it wasn’t 10 or so years ago. So when a brown girl shows up with natural hair, well I get a couple of looks. But they were looks of interest not distain. I didn’t mind the stares since I understood where it was coming from and at least no one asked to touch my hair (this happened to a friend when we were in Spain, however, it was a child so she let her play with her braids).

The music didn’t stop when I entered a room. In fact when my friend went to a beauty salon to see if she could get her hair done, although they were not equipped to do “black” hair, they were friendly about trying. My friend opted not to get it done though. When I think of Germany, I think of history, friendly people of today, food, clothes that actually fit me (because they are a curvy people) and a city (Frankfurt) so clean you can eat food off the ground (don’t worry, I didn’t). Frankfurt of today is not a frightful city to me so it got my stamp of approval. 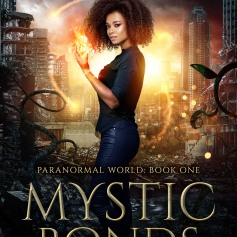 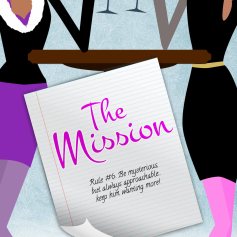